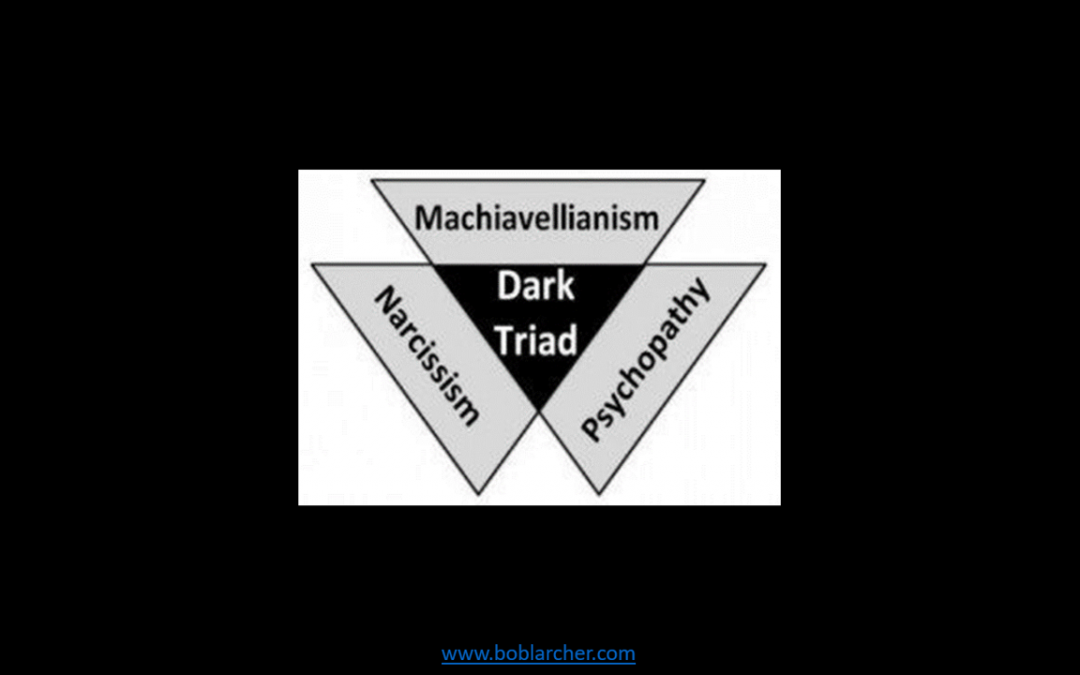 So, what exactly is the Dark Triad?

The Dark Triad is a construct of three personality types that are in some ways closely related, and all share “dark” traits, characterised by malevolence. They are:

Each trait is in itself a combination of different “facets”; Machiavellianism, for example, being made up of: Authority, Self-Sufficiency, Superiority, Exhibitionism, Exploitativeness, Vanity and Entitlement.

Interestingly, the GLOBE study (Global Leadership & Organizational Behaviour Effectiveness) carried out at the end of the nineties (and still ongoing) identified “malevolent“ as the least universally desirable of the 21 leadership scales they developed. The study also identified eight “traits” of what they called an “anti-leader”:

When I look at current world leaders (and even some business leaders I know) many of them seem to exhibit far too many behaviours both from the Dark Triad and from the Globe “Anti-leader” list.

You can see how dark you are here: https://openpsychometrics.org/tests/SD3/

If you have enjoyed reading this do not hesitate to subscribe to my weekly newsletter, to get my most recent posts sent straight to your email every Wednesday.