A meeting with SARA 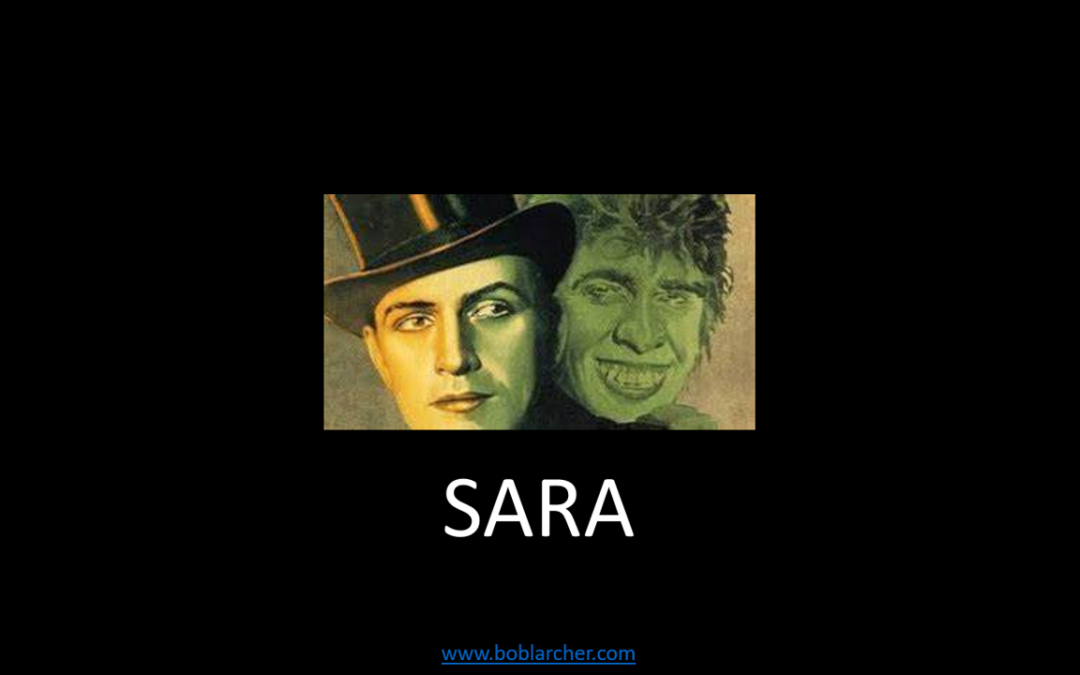 A few years ago, I was asked, by a consultancy I was working with, to participate in the preparation of a workshop the newish (six months in post) SVP of a major division of one of their clients.

They had “sold” the SVP the idea of undergoing a kind of 360° feedback with his direct reports and the heads of the other divisions. To do this they had created a 10-question multi-rater (with questions like “does the SVP listen”, “does the SVP encourage” etc.) and interviewed each person.

The feedback report consisted of a spidergram of the multi-rater and a summary of the “verbatim” comments.

I had been asked to get involved because the feedback was quite ……. I choose my words carefully, “negative” and “dark”. The scores were at the best 3 or 4 (on a scale of 1 to 10) and the verbatim was “never listens to what I say”, “makes decisions completely on his own”, “disempowers people” and the like. The consultancy felt they needed someone “older” and “experienced” to handle debriefing the feedback – and I, apparently, was the man for the job!!

I had reread the interviews and discovered that he was clearly seen as “the expert” in his domain and that no one doubted his technical decisions; the “issue” was clearly his leadership of the division.

I arrived with a copy of the report, which I had rearranged to include the appreciation of his technical expertise as the first section.

I allowed him to read through the report and it wasn’t long before he started asking, “who did you interview?”, “who said this?”, “are you sure this is what was said?”; to which my answer was, “the list you agreed and I cannot say who said what.

To cut a longish story short, it was clear that he was surprised and shocked by the feedback, I could see him becoming angry and annoyed and he was clearly going to refuse and reject everything; and all this on the evening before the workshop.

Changing tack, I asked him if he knew SARA, “Sarah?” he replied, “Sarah who?”

After a few uncomfortable moments, he started to open up; he admitted that he wasn’t “the greatest people manager”, that he was somewhat “uncomfortable when speaking to large audiences” and that he was “more interested in the product than the people”. He clearly thought he was doing what people expected of him, he was using his vast technical experience to help the division and the company to excel; he was making decisions, validating outputs, recalculating calculations …… he was doing what he was good at – but, he wasn’t leading his division.

The evening finished quite late and I was very aware that he would be giving the opening address at the workshop in the morning.

The following morning, I arrived early for the workshop but there was no sign of the SVP. I talked to the HRD who I had briefed the previous evening and waited. The SVP arrived bang on time and went straight to the stage to address the attendees.

He started his speech with, “last night, I was introduced to SARA”, if you don’t know SARA, you should meet her at least once”. He then went on to talk about the feedback he had received, he thanked everyone for the honesty, he explained how shocked & angry he was about the feedback and that the anger hadn’t “evaporated” but that he realised he would need to do things differently.

Luft and Ingham explained this succinctly in their JoHari window model as did Freud with his personality iceberg. Other’s perception of us is based, at best, on around 20% of who we are; the “public window” in the JoHari model and the visible part of Freuds iceberg.

Self-awareness and ensuring you are perceived in the way you want to be perceived is paramount for successful and effective inter-personal relationships and SARA can help you on your way.

If you would like to work on your self-awareness do not hesitate to contact me at boblarcher@boblarcher.com