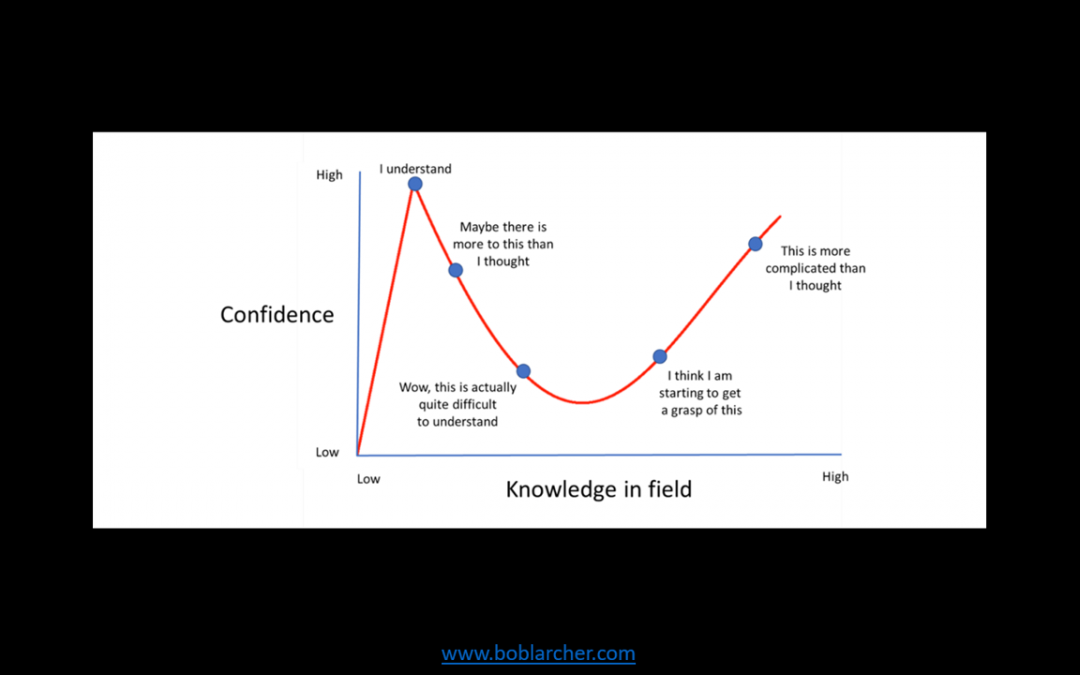 The old saying, “a little bit of knowledge is a dangerous thing” is actually quite true.

The Dunning Kruger effect has been around for centuries and we all fall into the trap; the onset of the current Codiv19 crisis was an excellent example.

In March of last year, people became experts overnight; “I’ve read the article”, I’ve listened to the video on YouTube”, “I watched the interview with the professor”, etc. therefore I have understood.

Of course, those who pushed themselves to dig deeper realised that it wasn’t that black & white.

Those who pushed themselves even further may well have come to the conclusion that it’s not at all as obvious as it may have seemed.

And those who pushed themselves even further probably realised that to have a real opinion you need to understand biology, endocrinology and bacteriology.

It’s at this point, if you get that far, that you realise that it’s actually more difficult to understand than you thought.

There is a concept floating around called “intellectual humility”, which, put simply means, “recognising that the things you believe in might in fact be wrong”.

Once we become convinced that we have understood something, it is often difficult to see and hear things that “contradict” our opinion; unconsciously, we filter out arguments that go against us and highlight those that comfort us.

Intellectual humility doesn’t require a high IQ or a particular skill set. It does, however, require making a habit of thinking about your limits, which can be painful.

Next time you become convinced about something, ask yourself these two simple questions:

What have I missed; what I have not seen that might prove that my conclusions are wrong?

What arguments do I need to hear to put into doubt my conclusions?

As Bertrand Russell said, “The fundamental cause of the trouble is that in the modern world the stupid are cocksure while the intelligent are full of doubt.”