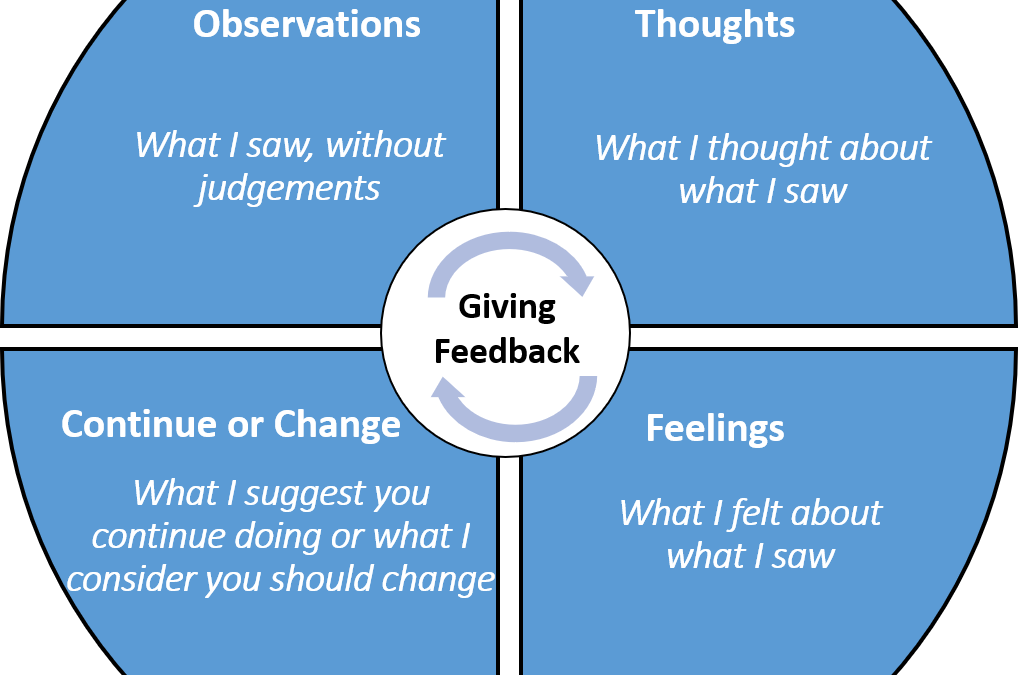 I’ve been prompted to write this having seen numerous posts concerning how to give negative feedback and criticism.

Feedback may be the breakfast of champions, but if it is poorly prepared it will be indigestible.

In my, humble, opinion, feedback should NEVER be negative; the behaviour under discussion may be negative but the feedback itself should only ever be positive or constructive and, again, NEVER, criticism.

Here’s my view on how to give positive, constructive feedback:

Step 1 – talk about what happened; stay focused on the “event” and remain concrete and factual. Avoid judgemental comments such as “you were very emotional”, “you became very angry” and “you stormed out of the room” try instead, “you interrupted me on at least 3 occasions”, “the volume of your voice increased” and “you left the room without saying anything”.

Step 3 – talk about how you “felt” about what happened; again, use ”I” statements: “I felt shocked”, ”I felt not respected”, “I felt angry at your reaction” – own your emotions

Don’t talk about how others felt – unless you know for sure how they felt and have concrete examples; “Joe told me that he felt very surprised by your reaction”, for example.

Following the above will help to avoid the SAR of the famous SARA syndrome and get more effectively to the A and, hence, make the feedback more digestible.

“We all need people who will give us feedback. That’s how we improve”