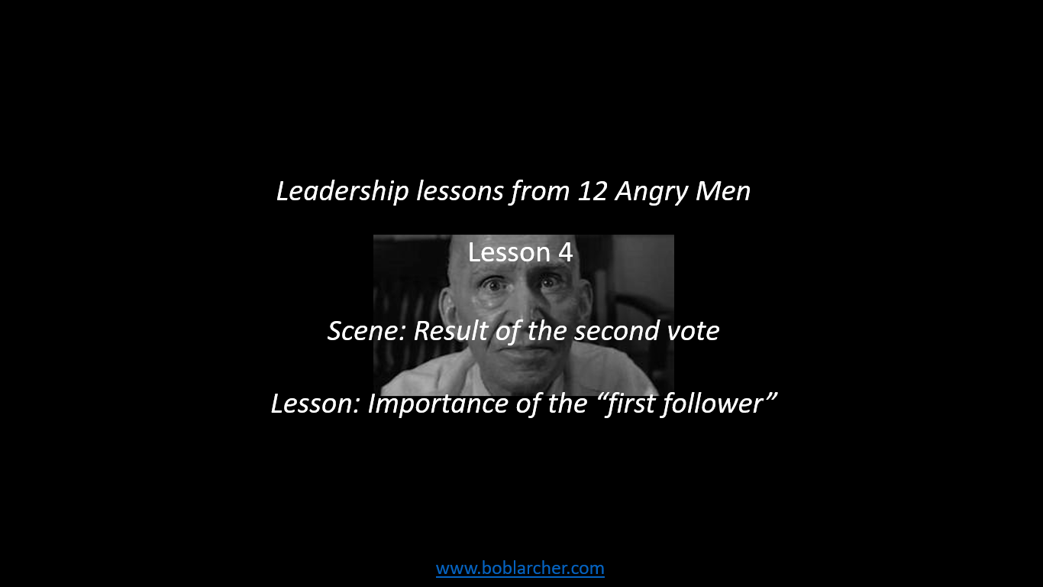 The fourth lesson, “the importance of the first follower”, highlights a “tipping point” when influencing others.

Up to this point, juror n°8 had been on his own; not everyone was attacking him or criticism his position, but no one was actively supporting him.

Being the first follower is not easy, you can be seen as a traitor and as letting the others down; it is also not easy to admit that maybe you were wrong or that you have been convinced by someone else’s arguments.

Having a first follower (or followers) helps you to keep going; others believe in what you are saying or doing and are willing to side with you – you are no longer the only black sheep!

Another excellent example of the impact of the first follower is the “Dancing Man” video which can be found on YouTube. A guy on his own is dancing at a rock festival, after about a minute he is joined by a second person, then a third and then everyone is up.

The first follower shows to everyone, including yourself, that you are “not alone”.