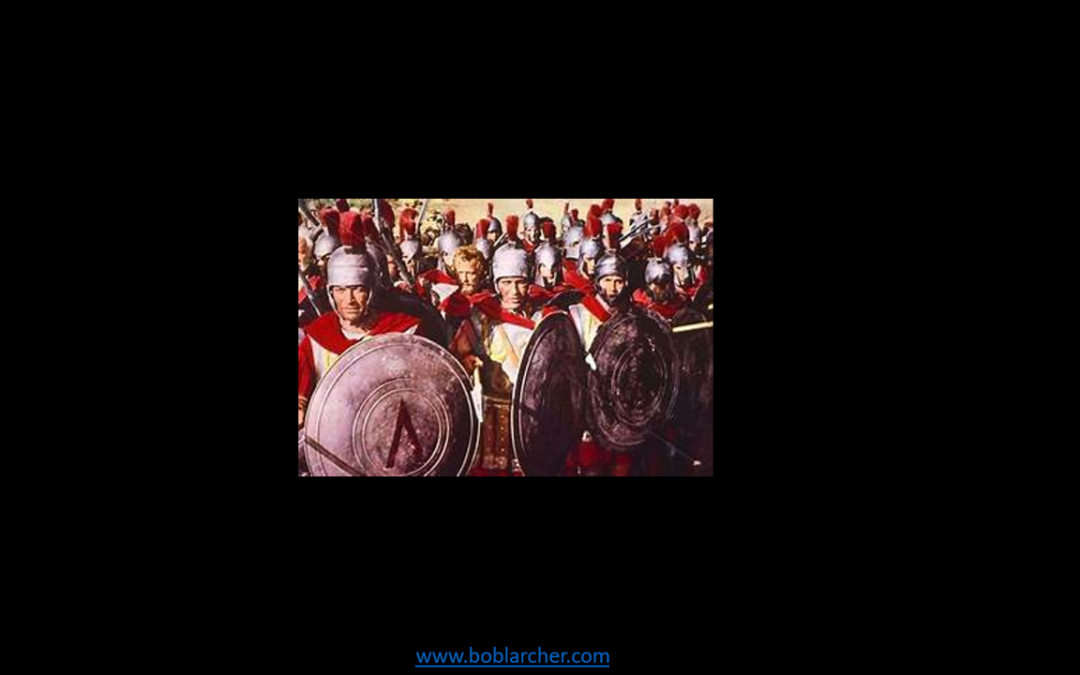 The question was asked in a LinkedIn group some time ago, “Who is your favourite leader from ancient times? Why?” My answer was King Leonidas who with his small Spartan army held off the Persians for 3 days at Thermopylae before being betrayed and dying with his troops.

As a young boy growing up in the late fifties and early sixties in the UK; my childhood reading was comics such as the Hotspur, the Hornet and the Victor, all relating tales of epic battles and heroic deeds – the South-Wales Borderers defending Rorke’s Drift, the Light Brigade riding into the valley of death at Balaclava, the 7th Calvary at the Little Big Horn, Merrill’s Marauders in Burma, to name but a few.

A recurring theme during this time in my life was the notion of “a noble a and brave few, holding out against overwhelming odds” – even if later I came to understand that maybe some of my childhood heroes were not what they were made out to be, the pattern was set and I was always attracted by films such as the Magnificent Seven, The Battle of the Alamo and A bridge too far.

In my early twenties I was very consciously influenced by people such as Martin Luther King, Bobby Kennedy, Steve Biko, Nelson Mandela and even Jane Fonda; individuals who decided to “stand up and be counted” and speak out for something they believed in – all for causes which seemed to me, very honourable and noble.

I don’t have the answer to what makes a leader noble, but here are some ideas:

Simple things like not lying or cheating, keeping your word, doing what you say you will do, influencing people and not manipulating people, being open, not hiding when you get it wrong, not blaming others, giving credit to others when deserved ………. simple things but often very lacking today.

Taking the risk to “stand up and be counted”, going against “group think”, not being afraid to say “I haven’t understood”, saying no when it means betraying your values, putting yourself on the line for things you believe in ……… as Martin Luther King said, “If you have nothing worth dying for, you have nothing worth living for”.

Leadership is not about the leader; it’s not about being the most intelligent, the most competent or the most anything else, it’s about other. As Jim Collins wrote in his “window and mirror” analogy, it’s not about looking in the mirror and pruning one’s pride.

If you have any ideas let me have them!

Going back to King Leonidas and his small army, the epitaph on the cenotaph at Thermopylae reads, “Oh Stranger, tell the Spartans that we lie here obedient to their word” – kind of sums up nobleness for me.