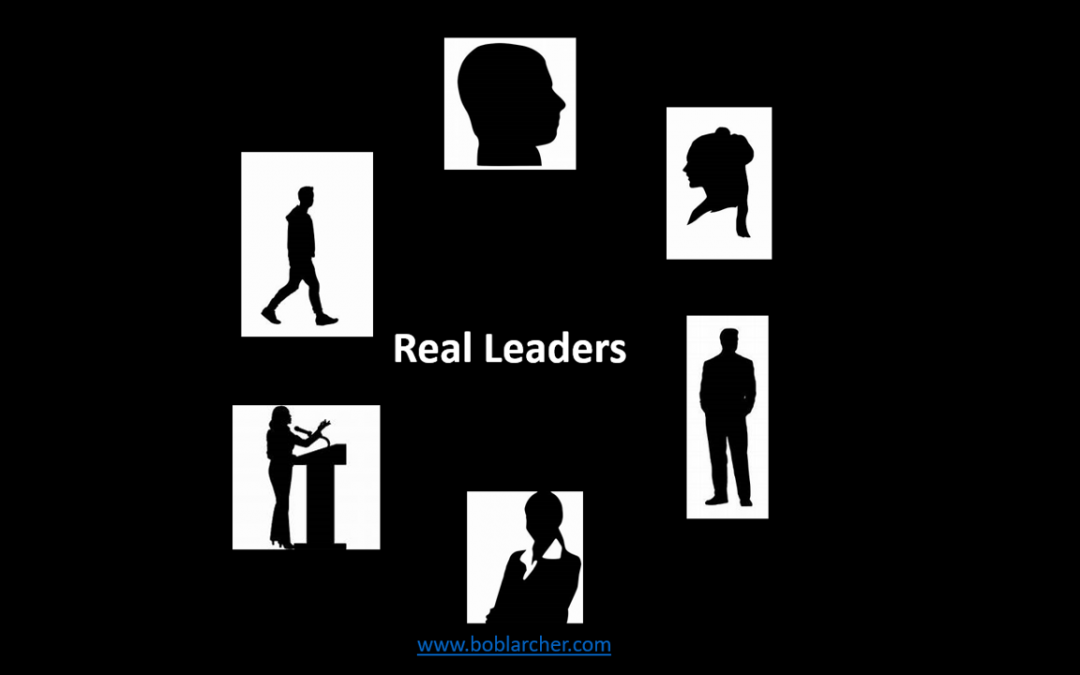 What exactly is a real leader?

When thinking of leaders, most people think of the rich and powerful; people like Obama, Putin, Macron, Branson, Musk …..

Martin Luther King and Ghandi come to mind for most people as examples of those who had limited power in terms of what they were trying to achieve and who had to rely on their ability to influence, convince, persuade, inspire, etc. others to rally to their cause.

Betty Williams & Mairead Maguire were working as a secretary and receptionist when they created Women for Peace. Lech Wałęsa was a union member when he founded “Solidarity”.  Abbé Pierre was a priest when he called for an “Uprising of kindness”.

All of the above clearly fall into the real leader category; as do many unsung people striving to change or develop their cities, towns, villages or neighbourhoods – little power but masses of commitment

So, what do all of these have in common? They all decided at some moment in time that “enough is enough” and that “I have to stand up and be counted”. They all had a vison, in fact even more so, they all had THEIR OWN vision; not just a vision handed down by the shareholders or the senior management team but their own vision, their own vision of a “better” world – I would even go as far to say that for them their vision was also their purpose, it was ingrained deep inside of them.

Does that mean that having your own, even noble, vision makes you a real leader? Unless you decide to do something about achieving your vision you remain a day dreaming idealist!

Real leaders do more than just influence, they federate people around their vision.

So, what did all these real leaders do to achieve their vision? There seem to be three essential “roles” or “postures” that they all adopted; it’s what I call “working at, with and through people to get things done”.

The first thing that real leaders do is “communicate and get buy in for their vision”; it’s what I call the campaigning leader (it’s the working at people).  The first thing Betty Williams & Mairead Maguire did was get people to sign a petition (6000 signatures in two days) they then organised a peace march with 10000 participants (30000 the following week).

King’s “I have a dream” speech is an excellent example of communicating vision, as was his famous “Letter from Birmingham City Jail”.

When Abbé Pierre decided that homeless people dying in the cold in Paris was “too much” and made his uprising of kindness appeal he raised 500 million Francs in donations.

Real leaders share their vision with all around them getting a ground swell of support and buy in, before King’s 1963 speech on the steps of the Lincoln Memorial he made numerous smaller “dream” speeches in town halls, public meetings and elsewhere.

Hammering home your vision and getting buy in is one thing; converting the enthusiasm and motivation into actions is something else. Real leaders also work with people to get things done; it’s what I call the facilitating leader (it’s the working with people). You might have the best vision ever heard, but without the ability to connect with people, your vision is not going to become reality.

To make the vision become reality real leaders work with small groups helping them (facilitating) to come to collective decisions with regards to how they can contribute to achieving the vision – projects, activities, lobbying, etc.

“Alone you go quickly, together you go far”

Real leaders don’t (maybe can’t) do it all alone, they need others to take the flame and campaign and facilitate for change; this is what I call the empowering leader (it’s the working through people). You need people who are not just going to follow you but who are going to walk with you; people who will challenge you, people who will give you honest feedback, people who will play “devil’s advocate” to your ideas and plans and people who will support you when it all becomes too much.

If you would like help in developing the ability to work at, through and with people in order to drive some kind of transformation, be it personal, organisation or societal – do not hesitate to contact me.