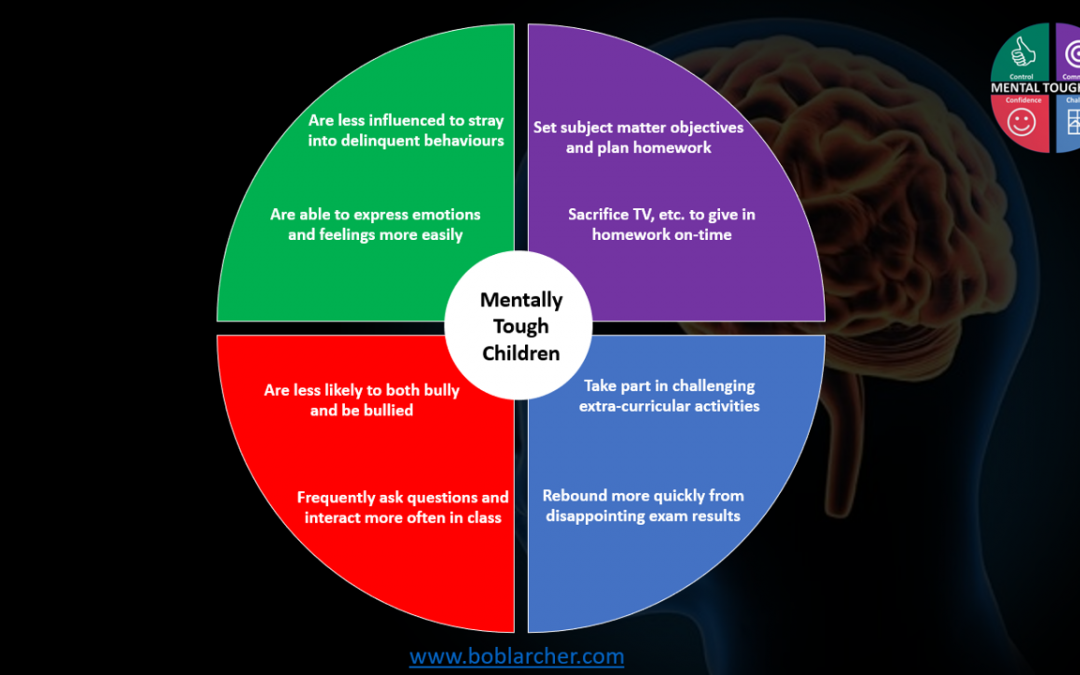 I realised recently that I have been helping people to develop their Mental Toughness for almost forty years now.

The first activity I was involved in after giving up my career in the chemical industry was working with children and adolescents; essentially in the outdoors. I spent about three years, as a youth worker, multi-activity instructor, play scheme leader and centre manager. Much of my time was spent climbing, abseiling, canoeing, kayaking, caving, bivouacking … but not only …. there was also theatre, music, presenting, raft-building and a whole variety of “now get out of that” type exercises.

In those days the term (which I actually disliked) was “character building”, which seemed to boil down to “getting people to do something that they didn’t really want to do” – speaking in public, yomping up hills (usually in the cold and pouring rain), jumping into rivers and the like.

Interestingly, the word the word “character” has its origins in the Greek word charassein, meaning “to sharpen, cut in furrows, or engrave.” character appears to be something that is “engraved in us” by the different experiences that we have as we go through life.

Clearly, what we were doing was taking young people out of their comfort zones, giving them challenging experiences and encouraging them to find the potential within themselves in order to succeed.

We firmly believed that experiences when young are particularly influential in constructing the future adult. Both “good” and “bad” experiences will have an impact and we strived to ensure that, even during difficult activities, good prevailed.

With hindsight, we were helping young people to develop their Mental Toughness, they would go away:

So, what might a child with highish Mental Toughness look like in terms of the Clough and Strycharczk 4C’s model of Mental Toughness? Here are some potential indicators:

Globally speaking those with high Mental Toughness tend to take difficulties more in their stride and are less likely to make a mountain out of a mole hill; this doesn’t mean becoming complacent and “all accepting” but it does help on concentrating on where “I can make a difference”.

I don’t know if the world we live in is becoming more VUCA than it was forty years ago, but the problems that our children will have to face as adults are multifaceted and helping children to become mentally tough seems to be a proactive option for preparing them for their future.