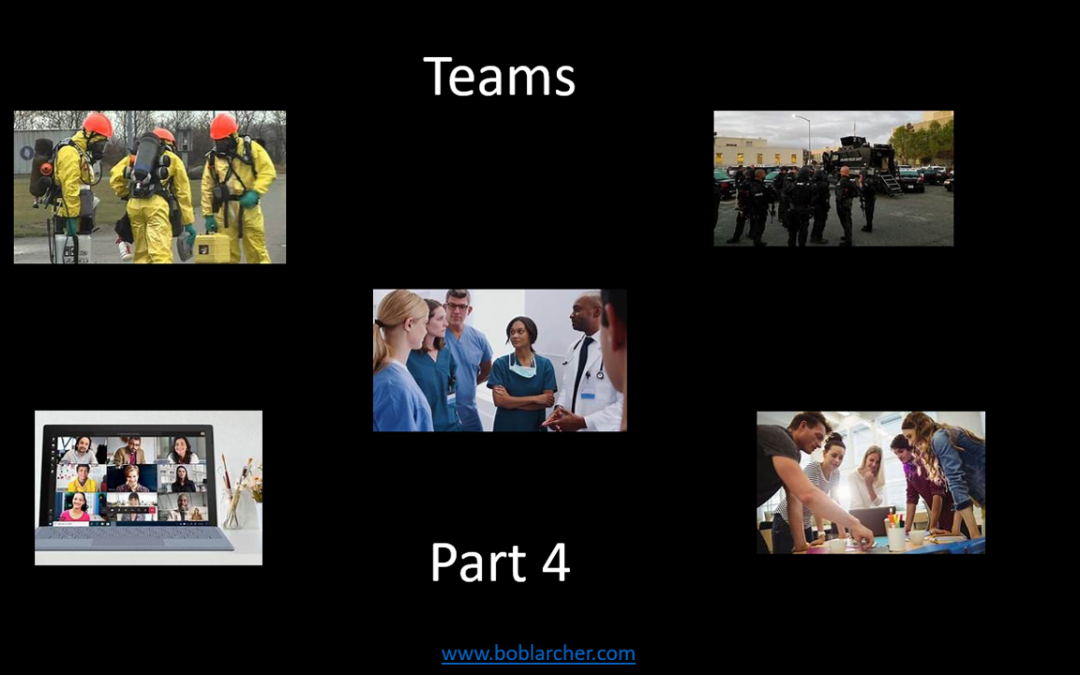 In this part I will look at the team development process

Clearly, high performance within in a team isn’t instantaneous; a collection of disparate individuals needs time to become a cohesive and supportive whole, heading in a common direction. The journey from “forming” to “performing” is not linear, it is not timebound and the destination is always changing

Depending on the model chosen this phase goes under a variety of names, forming phase, polite phase, orientation phase, etc. In this phase authors agree that team members will be hesitant about speaking their minds and mindful of how others perceive them; with members thinking of themselves, individually, in relation to the task and what they might have to contribute.

If time is allowed for team members to get to know one another, build a shared purpose/mission and continuously clarify team outcomes while working on personal commitment by linking personal goals to team roles; the team will start to move forward on its journey

This, “Norming” phase is where the team begins to generate its own ‘culture’ or accepted understandings about how things are done. Team norms may be overt and written, like ground rules, or unspoken, unacknowledged practices that arise. It is in this phase of the team’s development that the individuals starts to feel like a “collective.” Team members share information, ideas and perceptions as they emerge and a consensus is sought as to how to become truly effective.

The whole process is not a linear, mono-dimensional journey. Teams can accelerate, become derailed, fall-back, get lost and, in some case, implode and disintegrate.