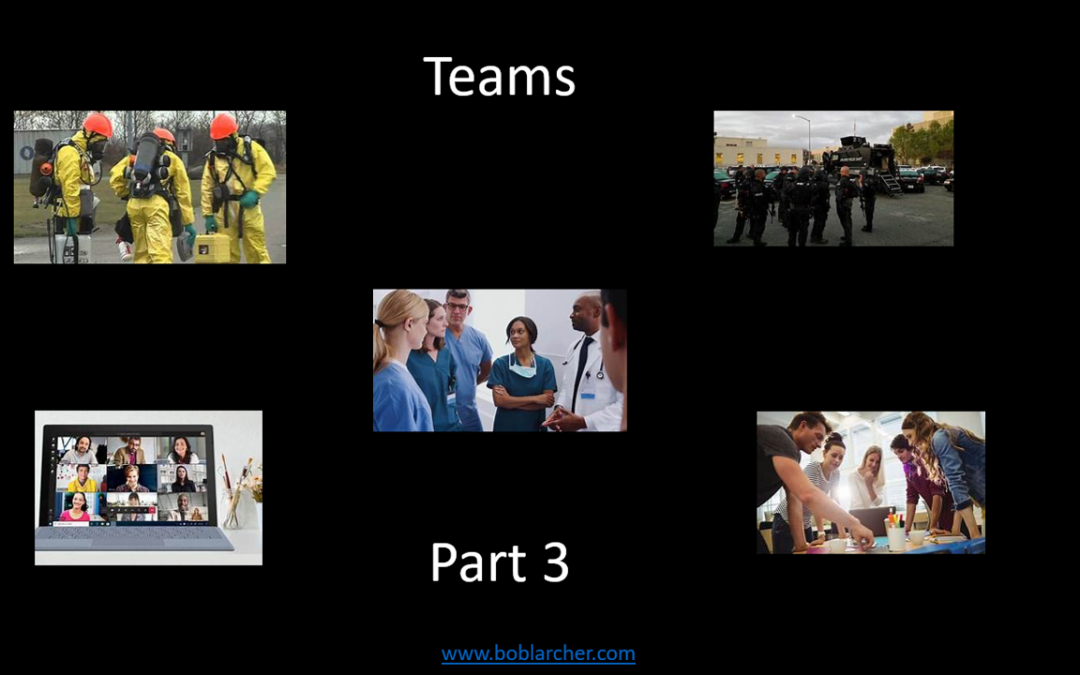 In this part, I will look at what I consider to be the essence of a performing team.

Albeit each framework has its specifics; however, there are clearly commonalties between the different frameworks; words such as Purpose, Trust, Talent (or resources), Performance and Leadership appear regularly.

From my analysis of a multitude of approaches, I have identified 10 factors, each with descriptors that to contribute to high team performance

Purpose – the team has a clear & unified purpose:

Governance – a mode of governance has been defined for the team:

Roles – individual’s roles within the team have been clarified:

Leadership – leadership within the team is shared:

Communication – team members express themselves openly and honestly while respecting others:

Cohesion – there is a clear sense of “we” within the team:

Conflict – conflict within the team is considered an asset:

Trust – there is a high level of support & trust within the team:

In part 4 I will look at the team development process